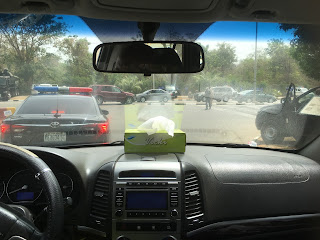 This is 12noon and security apparatus in the DSS office has been relaxed. I am sure the initial security barricade was in expectation of some demonstration and protest . In the absence of any remonstration, the fearfully armed security personal have been dispersed in a way.  Though we still have some skeletal military maneuvers in the area . Looks like there is some intervention from some quarters. The much awaited Interrogation is being delayed. Alright, going back to my office but while I just started my journey, just been told that there is some sort press arrival. And it looks like he is on his way. Need to catch up some assignment.
Now those of you who asked my wife to APPEAL to me to go home, una try you hia? Next time, I won't broadcast anything . You will just see things happening.  Wetin una de talk? I never old reach to fight for something I believe? Haba. I didn't come here because of Apostle Suleiman alone. I came here because of the Jesus whom we believe. 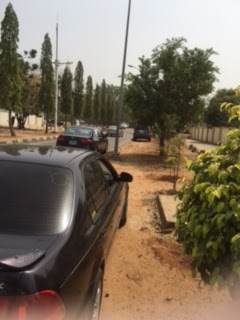